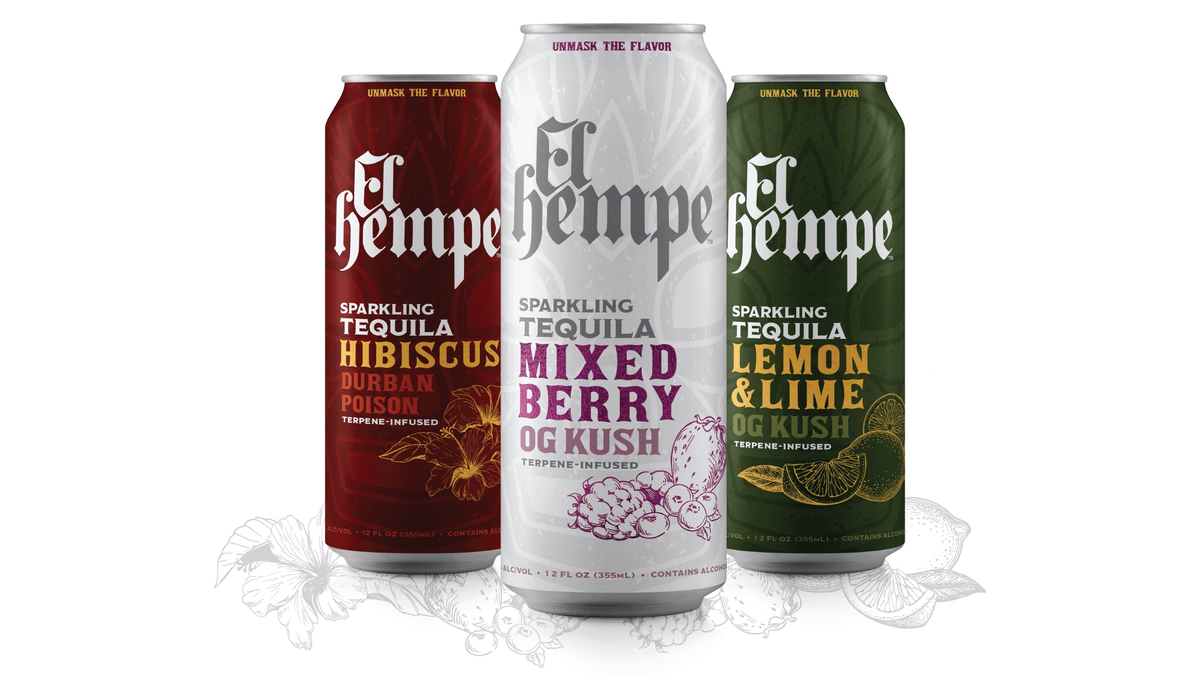 “El Hempe is the first non-cannabis, terpene-infused alcoholic beverage that replicates the nose of cannabis,” Bash said. “The RTD market is booming right now, especially among younger drinkers, and tequila itself has experienced double-digit growth in popularity over the past decade.”

The canned spirits are available in three flavors: Lemon-Lime OG Kush (5% abv), Mixed Berry OG Kush (5% abv) and Hibiscus Durban Poison (8% abv). Although the essence of cannabis is apparent immediately after a can is opened, the seltzers contain no THC or CBD.

El Hempe scientists were able to match the scents and flavors of two strains of cannabis – OG Kush and Durban Poison – using non-cannabis botanicals, which deliver all the flavor without psychoactive properties.

El Hempe’s rollout begins in California and Oregon, where tequila and cannabis are particularly popular, and will gradually move into other states throughout 2021.