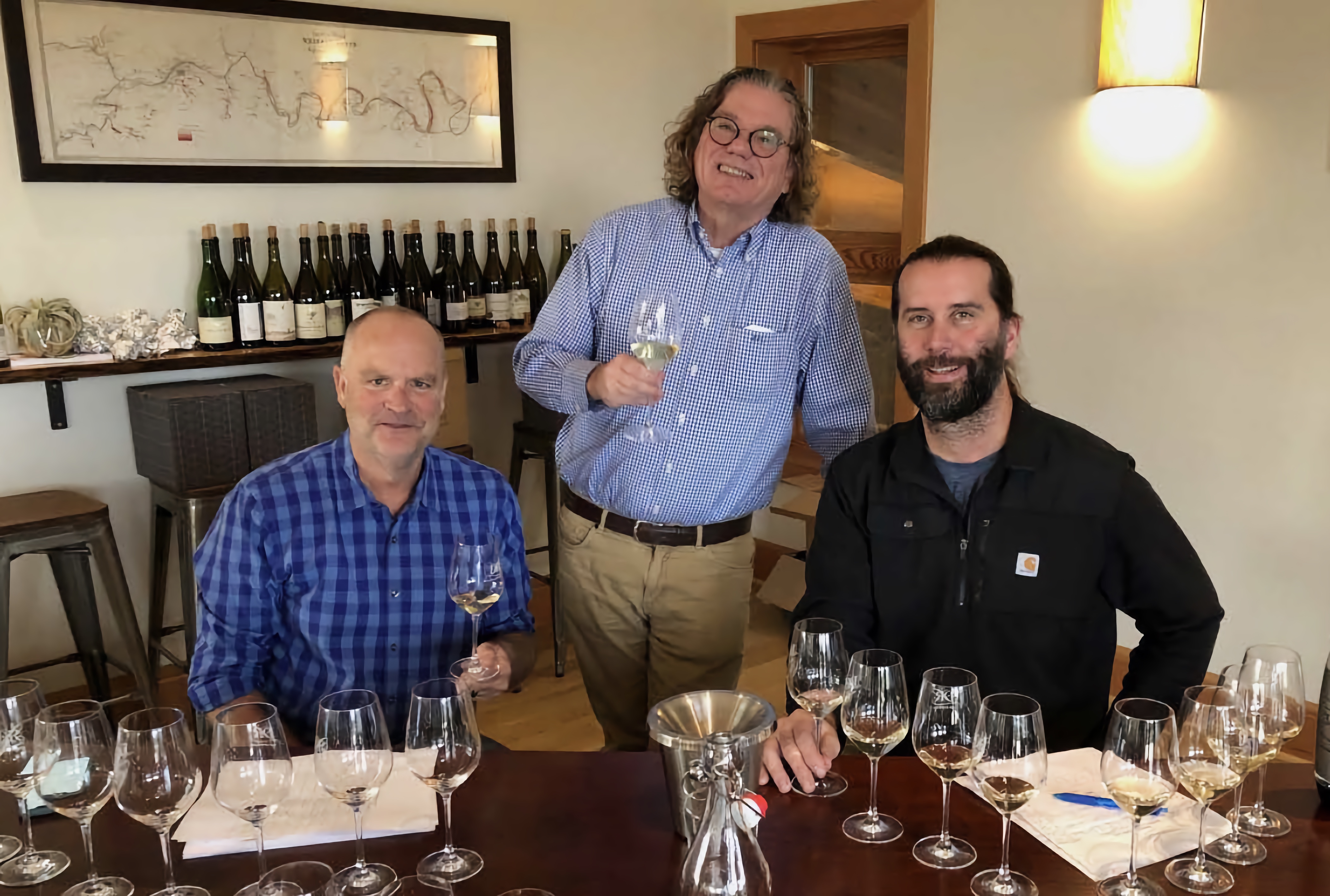 For 18 years, the famed German winemaker, Ernst “Erni” Loosen, and the highly respected Washington winemaker, Bob “Bert” Bertheau, were close collaborators on the Eroica Riesling project. In that time, they established Eroica as the epitome of what Washington Riesling can achieve, making it the gold standard by which other American Rieslings are now judged. And, in the process, they became fast friends who share a similar passion for making and drinking great wines. They are often seen presenting their wines together, as the “Bert(heau) and Erni Show,” and frequently travel together to explore the world’s leading wine regions.

No longer part of the Eroica team and now living in Oregon, Bob has launched his own consultancy, much to Erni’s delight. “I was so thrilled when Bob told me he was starting a consulting business,” said Erni. “That means we can still work together, and it gives us the opportunity to collaborate on wines other than Riesling.” Bob has been retained to consult on the wines being produced at Erni’s J. Christopher winery in Oregon’s Willamette Valley, and the two friends are exploring ideas for a project specializing in limited- production Washington red wines.

“I’ve long wanted to do a red wine project in Washington,” said Erni, “And to be able to dive into that with a great guy like Bob, who is so well organized, so highly skilled and so open to new ideas, will be a lot of fun and very rewarding.”

While their plans for a Washington project develop, Bob has already begun helping out with the winemaking at J. Christopher. “I’ve been making wine for 35 years, but I have a lot to learn about Oregon and Pinot Noir,” says Bob, who emphasizes that he sees himself as a member of the team who’s here to lend his experience, and not as a hotshot consultant. “It’s been very humbling and eye-opening to walk vineyards and taste wines with [J. Christopher winemaker] Tim Malone. This valley is so different from eastern Washington!”

“Bob has brought a youthful curiosity to the winery,” said Tim, who was J. Christopher’s assistant winemaker from 2008 to 2015, and returned as head winemaker in 2020. “He is challenging all assumptions and has us trying some fun new ideas that we would not have tried before. His years of experience have already been a great asset in dealing with various winemaking issues, as well as the big challenges facing us, such as climate change.”

“I think of Erni as my German brother,” said Bob. “Beyond the fun of winemaking, it is sheer friendship. So I’m thrilled that we can continue working together. Who knows where it will lead, but we share the same fundamental curiosity and we both love to experiment – like a couple of mad scientists. What could go wrong?”

“Bob is truly a great winemaker with a wonderful sense of humor,” says Erni, “and he has a real talent for bringing people together.” In addition, Erni notes with a smile, “He is a worthy companion in the beer hall.” Bob replies, “During the Eroica years, it was always Riesling by day and Hefeweizen by night. I guess now it will be Pinot by day – but still, of course, a palate-cleansing ale at night!”

About J. Christopher Wines
Located in the Chehalem Mountains AVA of Oregon’s Northern Willamette Valley, the J. Christopher winery specializes in sustainably produced wines made with the patient, unhurried approach of the Old World. Owned by renowned Mosel winegrower Ernst Loosen (of the Dr. Loosen estate), the winery farms its own 20- acre Appassionata Vineyard, as well as 25 acres of leased vineyards. Additional fruit is sourced from excellent, sustainably managed vineyards throughout the Willamette Valley. The philosophy at J. Christopher is to produce wines that emphasize expression of origin, a fine balance and exceptional ageability. “Appassionata” is the name of the estate vineyard, as well as the top-tier line of late-release wines.