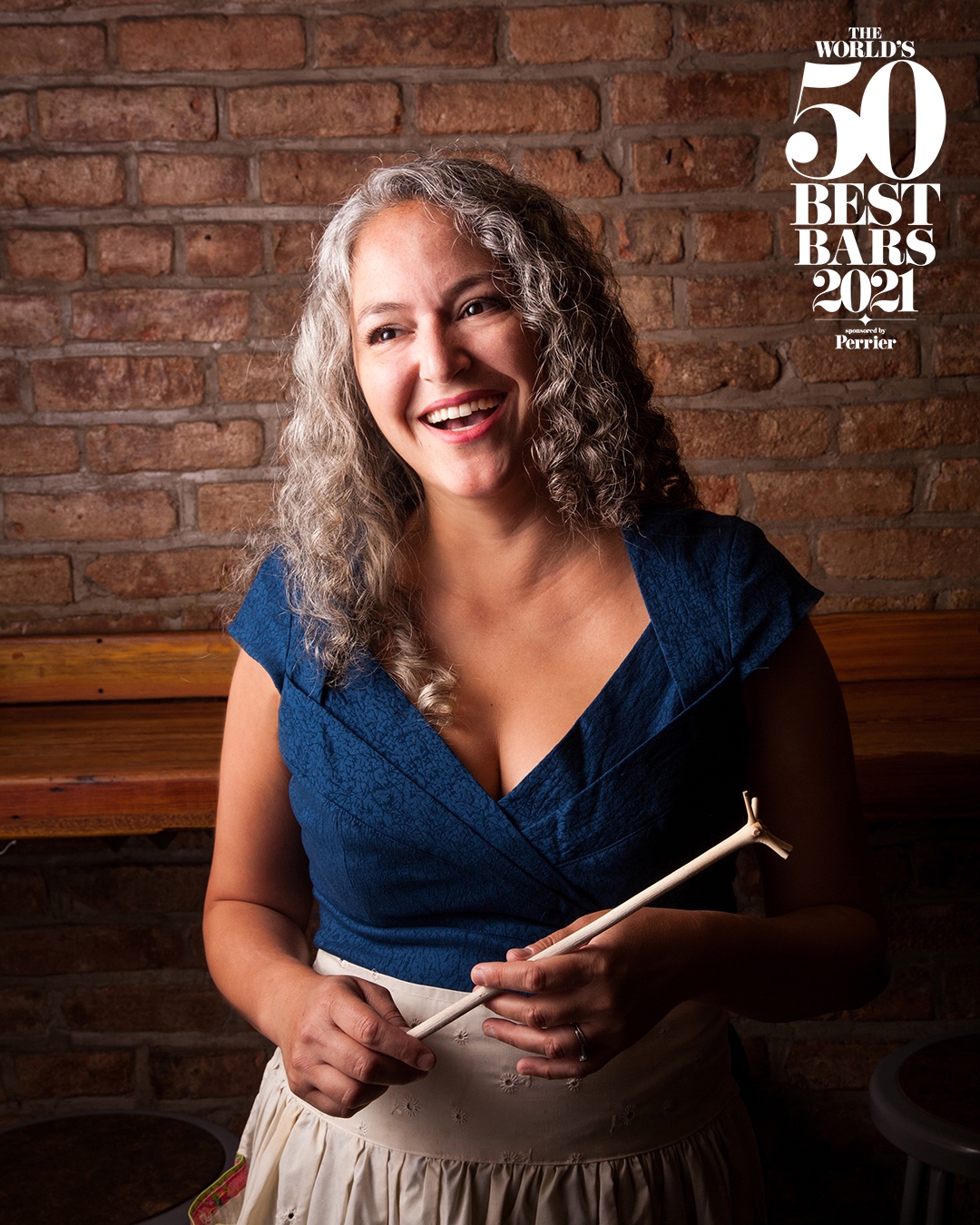 Lynnette Marrero, Bar Manager of Llama Inn, New York, and co-founder of Speed Rack has been named the winner of the Altos Bartenders’ Bartender Award 2021. This award is voted for by the bartenders at the venues on this year’s list of The World’s 50 Best Bars, who are asked to name one peer who pushes the boundaries of what it means to be a great bartender.

This is one of a series of pre-announced awards in the month leading up to the awards ceremony at the Roundhouse, London, on December 7, 2021. The World’s 50 Best Bars 2021, sponsored by Perrier, marks the return of the first in-person awards programme since 2019, representing an important milestone in the ongoing recovery of the bar sector.

Mark Sansom, Content Editor for The World’s 50 Best Bars, says: “Lynnette is known and respected all over the world for her outstanding bartending skills, spirits knowledge and the work she does for the drinks community. Her work with Speed Rack has put talented, up-and-coming femme-identifying bartenders on the cocktail map, while also raising over $1 million for breast cancer research charities. She is a philanthropist, a pioneer and truly passionate about making the bar sector the best it can be in every regard. Lynnette represents what this industry should be about – she is the archetypal winner of the Altos Bartenders’ Bartender Award.”

An award-winning bartender known for co-creating the world’s first all-femme-identifying speed bartending competition Speed Rack, Marrero is widely regarded as a true leader in the cocktail world. Her spirited career began at NYC’s Flatiron Lounge as a server, where she met fellow cocktail savant Julie Reiner. It was here that Marrero realised that the spirits industry was her calling; she quickly made the transition from front of house to bartender.

Marrero has had an esteemed career, working across the industry on a variety of projects. After shadowing a master rum blender in Guatemala and working as an ambassador for two years, she returned to New York and created her own company Drinksat6, cultivating a new generation of cocktail bartenders and elevating the bar programme at restaurants.

In 2015, Marrero helped design the bar programme at acclaimed Peruvian restaurant Llama Inn in Brooklyn, followed by Llama San in Manhattan, both of which have since won a plethora of awards under her leadership. Other notable projects include her role on the board at the Restaurant Workers’ Community Foundation, her work offering mental health support for hospitality staff and pioneering the barprogramme for New York’s much-loved Morgenstern’s Finest Ice Cream.

On winning the award, Marrero says: “The Altos Bartenders’ Bartender Award means so much to me, especially this year. Not being able to connect in person with the wonderful people in this industry was really hard. It is these connections with peers that I value so much in this industry. We were forced to renew and rebuild these connections in a digital way, and I was fortunate to have many opportunities to foster these relationships from afar. From the Speed Rack Advisory Squad to other educational platforms and advocacy work with the Restaurant Worker’s Community Foundation, I am in awe of the resilience of our community. A peer-voted award is such an honour to receive, and I have nothing but gratitude for everyone who took the time to participate in this process.”

The Altos Bartenders’ Bartender Award was introduced to The World’s 50 Best Bars in 2017 and the winner in its inaugural year was Iain Griffiths of Dandelyan. Joe Schofield, of the recently opened Schofield’s Bar in Manchester, UK, won in 2018; Monica Berg of Tayēr + Elementary, London, won in 2019; and Renato ‘Tato’ Giovannoni, of Florería Atlántico, Buenos Aires, won in 2020.

Carlos Andres Ramirez, Global Advocacy Manager for Altos Tequila, says: “For Altos Tequila, it is an honour to continue as the partner for the Altos Bartenders’ Bartender Award. Congratulations to Lynnette, a good friend of our house and an icon in the industry for developing Speed Rack – she is a great role model for anyone coming into the bar world. Supporting the bartending community has been one of our main pillars since the creation of Altos with programmes such as the Tahona Society Collective Spirit competition and the Henry Besant scholarship. This year, our strong relationship with the community showed us the importance of supporting each other and the resilience we have; our comeback should be stronger than ever.”

The World’s 50 Best Bars 2021 list will be unveiled at an in-person ceremony at the Roundhouse, London, on December 7, beginning at 8.30pm GMT. It will be live streamed on Facebook and the 50 Best Bars TV YouTube Channel.

How the voting works
The list is compiled by votes from The World’s 50 Best Bars Academy, which comprises more than 600 drinks experts with 50/50 gender parity, including renowned bartenders and consultants, drinks writers and cocktail specialists from around the world. The Academy of voters is spread across 28 global geographic regions, each headed by an Academy Chair who selects their region’s voters, with the distribution of voters designed to reflect the relative development of the drinks sector, and the concentration of quality bars, in each region. Each voter casts seven votes based on their best bar experiences of the previous 18 months.

Due to limited travel opportunities throughout much of 2020 and 2021, the voting guidelines and voting requirements have been re-evaluated to reflect this. The list will be based on members of The World’s 50 Best Bars Academy’s bar experiences across a voting period between March 2020 to September 2021 inclusive. In 2021, there is no requirement for The World’s 50 Best Bars Academy to cast international votes, although if members have been fortunate enough to travel internationally, they are encouraged to allow these experiences to inform their voting choices. They must vote for 7 bars in order of preference. Voters are required to remain anonymous and voting is confidential, secure and independently adjudicated by Deloitte.

About Altos
Altos is a super-premium Tequila, crafted from 100% blue agave in the heart of Los Altos, more than 2,000 meters above sea level, in the western state of Jalisco, in Mexico. Born from a collaboration between Altos Tequila’s Master Distiller, Jesús Hernández, and the internationally renowned UK mixologists, Dré Masso and the late Henry Besant, Altos was made by bartenders for bartenders in 2009. The Altos range celebrates the authenticity of Mexico in a modern way, as such each Tequila is crafted in part using the 500-year-old traditional Tahona method, before being distilled in small copper pot stills.