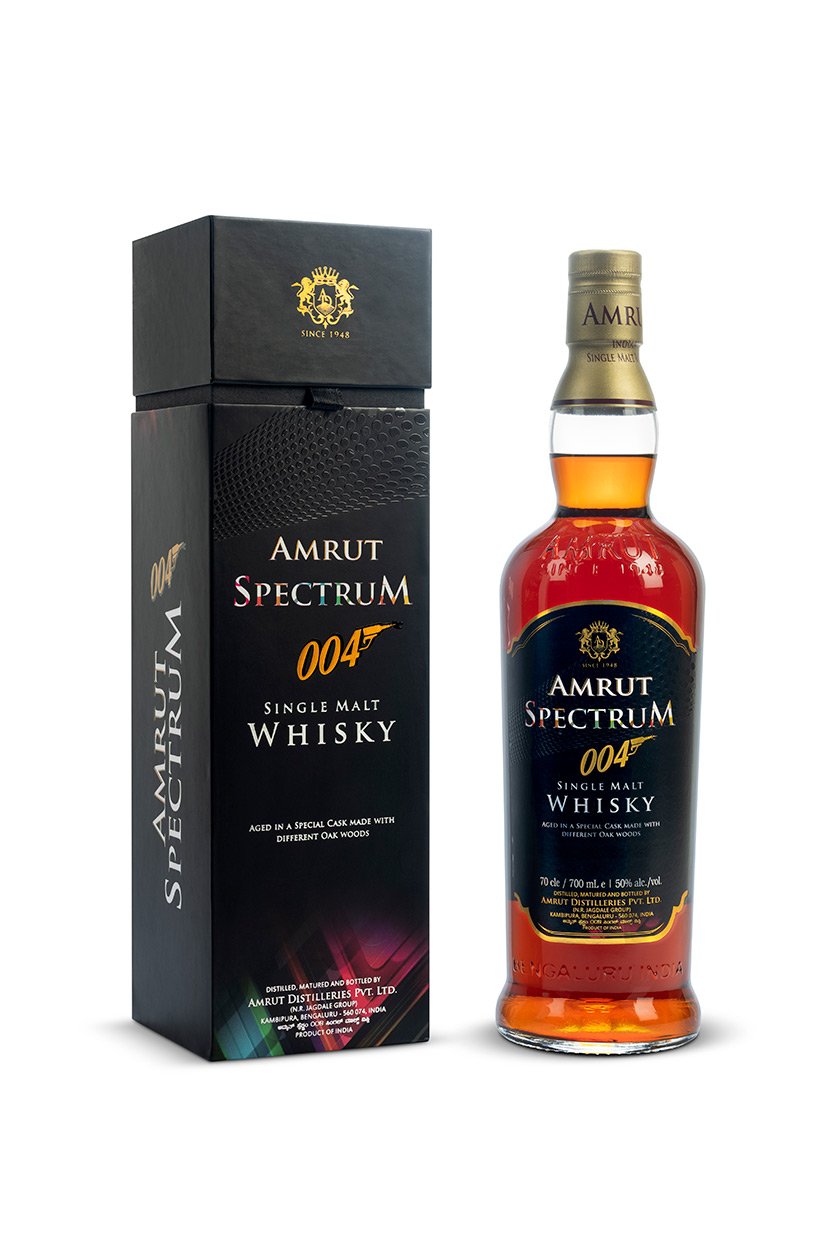 Following its initial release, Amrut is pleased to announce its second release of Amrut Spectrum 004 Single Malt Whisky. This release is less than 6,000 bottles world-wide, with the US allocation of 1,050 bottles coming soon to retail locations across the United States. Presented by Glass Revolution Imports, this intricate single malt whisky boasts a mosaic of tastes and flavors lent by the four varieties of Oak.

Spectrum 004 is an exclusive whisky that took quite a journey from grain to bottle:

Whisky, for the past 400 years, has traditionally been aged in a cask made of one type of oak wood, which lends flavor and complexities to the malt. However, Amrut wanted to experiment with a cask with four different types of wood. This, however, presented a unique challenge, as each oak wood stave had different thickness and properties.

Spectrum 004 is a testament to Amrut’s commitment to constantly innovate and release whiskies that push boundaries and amaze discerning consumers. The last time Spectrum was launched in the USA, it won multiple awards. Considering that success, we expect similar or better results with this latest release. Spectrum 004 Single Malt Whisky is now available at select speciality retail shops where Amrut is sold. USA allocation is 1,050 of 6,000 bottles worldwide, SRP $195.00.

About Amrut Distilleries Private Ltd.:
Amrut is India’s first, most awarded and most loved single malt whisky, crafted in Bengaluru, India. Part of the N.R. Jagdale Group, Amrut was founded by the late Mr. Radhakrishna Jagdale in 1948. Amrut Whisky has won a multitude of awards and is so popular that it has its own fan club called Amrut Fever.